What Is Florida Senate Bill 1046 and How Does It Affect Your Mugshot? 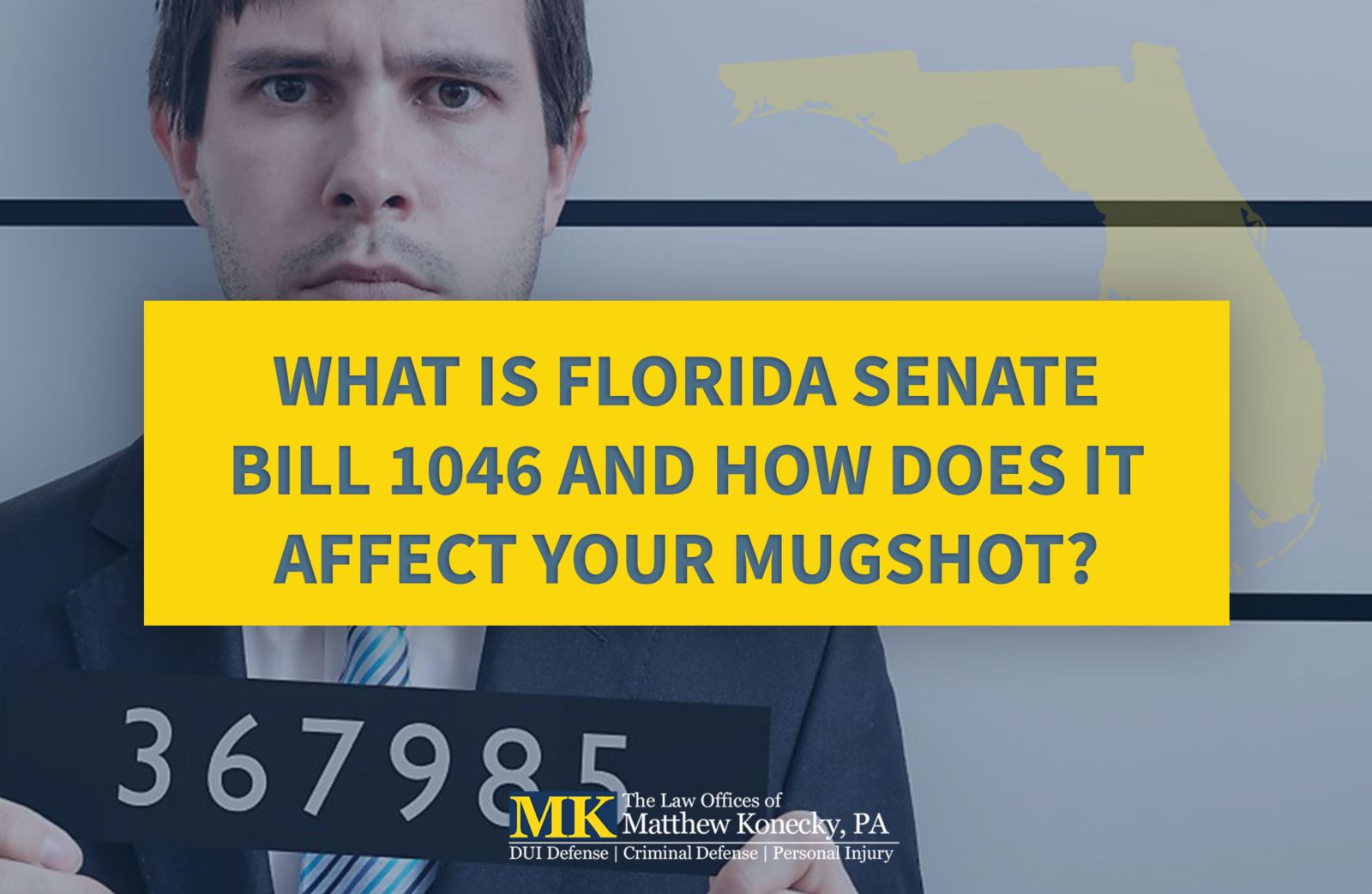 With the rise of social media, mugshot websites have become increasingly popular over the years with the sole purpose of exploiting public arrest information to view, consume, judge, and even mock arrestees. Furthermore, charging these arrestees a hefty price to have their mugshot removed off their website(s) only exacerbates the issue.

In the United States, we have the presumption of innocence; thus every person accused of a crime is innocent until proven guilty. Even if an arrest was false and all charges have been dropped, your mugshot can live online forever despite your innocence. By the time your mugshot is removed from public arrest databases, it is far too late as many privately owned mugshot websites pull arrest data automatically as soon as it is made public. Without the help of a Florida mugshot removal lawyer, having your mugshot removed off the internet can be a nearly impossible feat.

In June of 2021, Gov. Ron DeSantis signed a new law (SB 1046) that requires mugshot publishers to remove booking photos if requested by the person featured in the image. If a private publisher does not remove the requested mugshot within 10 days of the written notice, they will face a daily $1,000 penalty until the mugshot is removed. According to The Florida Senate, SB 1046 will go into effect on 10/1/2021.

SB 1046 could give tens of thousands of Floridians a second chance to clean up their public record, and it all began with a Florida State University law student, Blake Mathesie. Mathesie met with lawmakers in March 2020 after he was arrested for breaking up a fight at a Florida bar. The party who started the fight decided to go after Mathesie, and he would later be charged with felony battery. The judge eventually dropped all charges in writing stating, "This court did not find the victim's testimony credible." It was found that Mathesie did nothing to the victim and only involved himself in order to break up a fight as he stated.

While Mathesie thought that was the end of it, his mugshot, unfortunately, lived online forever despite his innocence. This inspired Mathesie to get the attention of Sen. Aaron Bean and Rep. Jason Fischer to help get the mugshot law passed in Florida.

Mugshots are taken at the lowest point in a person's life, and if innocent, they should not have the ability to affect their future. Florida CS/SB 1046 directly states:

The Effects of Online Mugshots

Most companies will do an online search of the name of its' applicants in order to prescreen them before hiring them. If negative results show up, such as a mugshot, the candidate will most likely be rejected even if they were not convicted of the crime they were arrested for. A mugshot allows for discrimination that can affect your ability to pass a background check, the opportunity to get into college or graduate school, remaining enrollment, and even your ability to rent an apartment.

Having your case sealed and expunged makes the mugshot removal process even easier allowing you to deny the fact that you were arrested if successful. Sometimes good people find themselves charged with criminal offenses and one offense, especially a minor one, should not ruin your life. To find out if your case is eligible to be sealed and expunged in Florida, contact our office at (561) 671-5995.