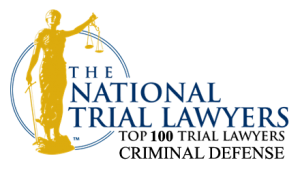 Since 2002, Matthew has handled thousands of cases involving complex litigation issues as well as simple dispute resolutions. In 2008, he opened a second office in Palm Beach County to expand North in the South Florida Region.

Highly Rated by Peers and Clients

In 2010 Matthew was named by Florida Super Lawyers Magazine a Florida Rising Star. This honor is awarded to only 2.5 percent of attorneys in the State. He presented the ABC’s of Criminal Defense seminar for Advantage Legal Seminars Inc.

Matthew is currently rated on Avvo.com, and in 2014, he was named a Top Contributor by Avvo for both personal injury law and criminal defense.  As a top contributor, Matthew regularly provides free legal advice and information to individuals seeking guidance.

In 2014, Matthew was rated AV preeminent for Ethical Standards and Legal Ability according to Martindale-Hubbell.  Matthew has maintained this rating since he was awarded it.

Currently, the Law Office of Matthew Konecky, P.A. has over 100 5 star Google reviews.

While attending Nova, Matthew jumpstarted his law career with internships at both the City Attorney’s Office in Rock Island, Illinois, as well as at the Broward County Public Defender’s Office. During his time as a Certified Legal Intern, Matthew was able to try cases for Broward’s Domestic Violence Division.

Upon graduation from Nova, Mr. Konecky began his legal career working for a high volume criminal defense and personal injury law firm in Miami. Over the course of his first two years, Matthew helped hundreds of clients who had been injured as a result of negligence and defended those who were charged with a crime.  Since the opening of Matthew Konecky, PA.,  Matthew has tried Criminal and Civil Jury trials to Verdict.

Matthew has lived in South Florida since 1999.   Matthew is married to Ashley and they have a daughter Jade, and a dog Walker.   In his spare time, Matthew enjoys surfing, playing guitar, and is a purple belt in Brazilian Jiu-Jitsu.   If you want to see Matt's fighting spirit watch below.

"Matt handled my case with grace, personal attention, sympathy, diligence, professionalism, and knowledge." Rob
"Thank you Matt for all your hard work!!" Travis Bottorf
"Attorney Matthew Konecky is a smart and knowledgeable lawyer in West Palm Beach, FL, his expertise is impeccable." Laura
"There aren’t enough words in the dictionary to describe how appreciative I am of Mr. Konecky!!" Amanda
"Matthew is literally the only person that could open, honestly, and intelligently discuss my options and I am incredibly grateful that this man exists." Cory