Is Shoplifting a Serious Crime in Florida? 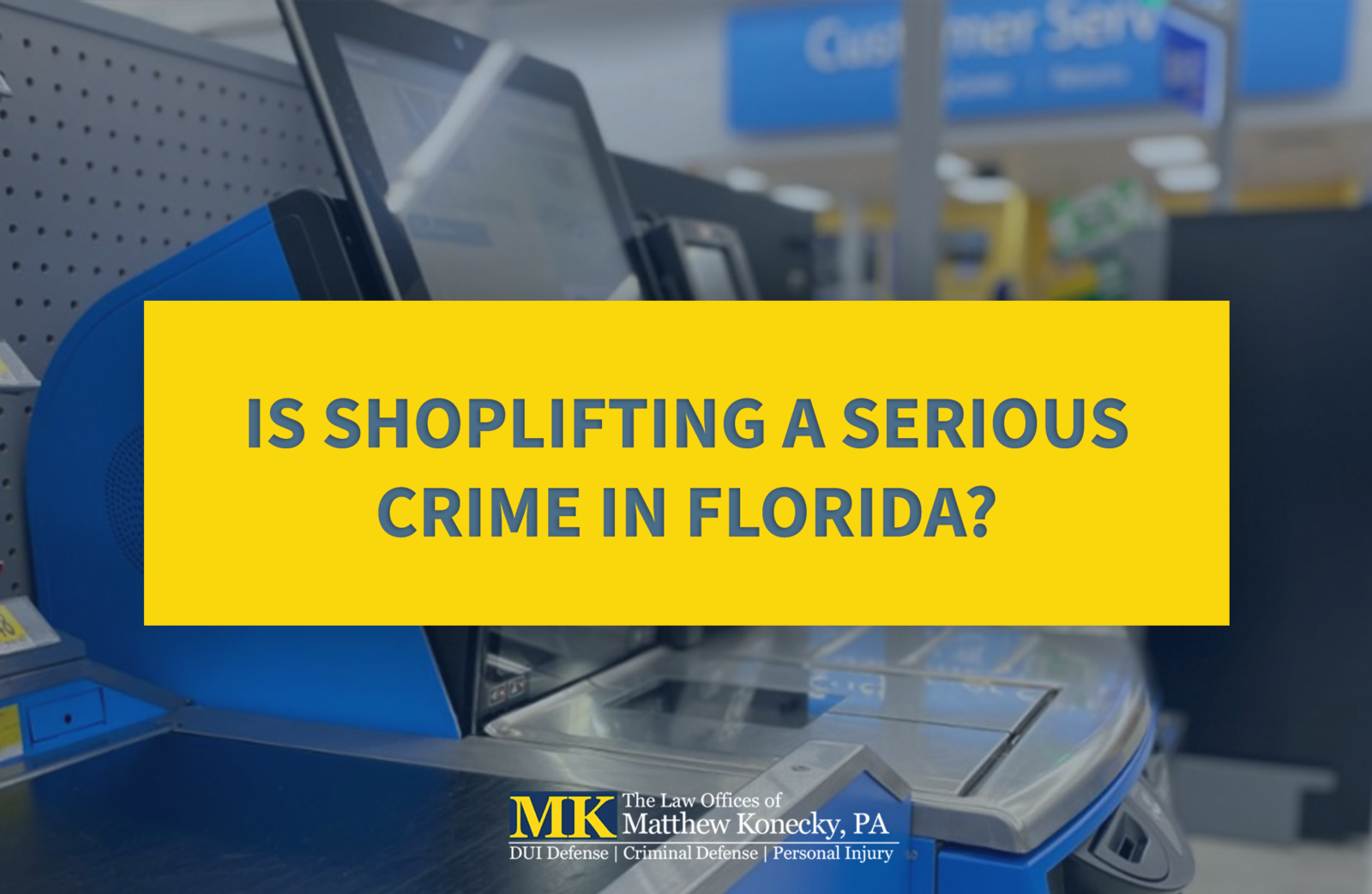 Shoplifting is one of the most common crimes in Florida, especially in Palm Beach and Broward counties. The motivation behind shoplifting can range from adolescent rebellion, organized retail theft, desperation, or even mental illnesses like kleptomania. Shockingly, an estimated $68 billion in stolen merchandise was sold online to unsuspecting consumers in 2021, according to law enforcement and retail crime investigators. If you are facing criminal charges for shoplifting, it is imperative to have an experienced West Palm Beach shoplifting defense attorney by your side to represent you or a loved one that may be facing charges.

Under Florida law, shoplifting or retail theft crimes are charged as either petit or grand theft and the penalties depend on the circumstances of the incident as well as the value of the item(s) stolen. No matter the theft charges you or a loved one may be facing in Florida, shoplifting is still a serious offense that carries even heavier consequences.

What is the Penalty for Shoplifting in Florida?

Last year, an epidemic of shoplifting caused chain stores like Rite Aid to close hard-hit stores or lock up aisles of commonly thefted items like deodorant and toothpaste according to the New York Post.

A third-degree grand theft charge in Florida can also lead to a maximum of five years in prison, five years of probation, or fines up to $5,000.

An experienced Florida shoplifting defense attorney may be able to assist in challenging intent. In order to commit an offense such as shoplifting or retail theft, you must do so intentionally. If you mistakenly forgot to pay for an item, you should not be convicted of a crime. Some of these defenses can include:

An experienced criminal defense attorney can also challenge the claimed value of the stolen items and potentially have the charges reduced or request alternative sentencing.

Can Shoplifting Charges Be Expunged?

Shoplifting or retail charges may be able to be sealed or expunged in Florida as long as you or a loved one meet the statutory criteria for sealing and expungement. To be eligible:

If you have already completed a pretrial diversion program offered by the state of Florida, and the charges were dropped, you will likely be eligible to have your case sealed and expunged. Our office can assist in confirming your eligibility.

Regardless if you were a victim of mistaken identity, forgot to put an item back, or were caught shoplifting, The Law Offices of Matthew Konecky can help build a defense strategy for your theft case. If you have been charged with petit theft or grand theft in Palm Beach County, contact us or call us at (561) 671-5995 to speak with an attorney promptly as you or your loved ones' freedom may be at stake.