Can a Domestic Violence Charge in Florida be Dropped? 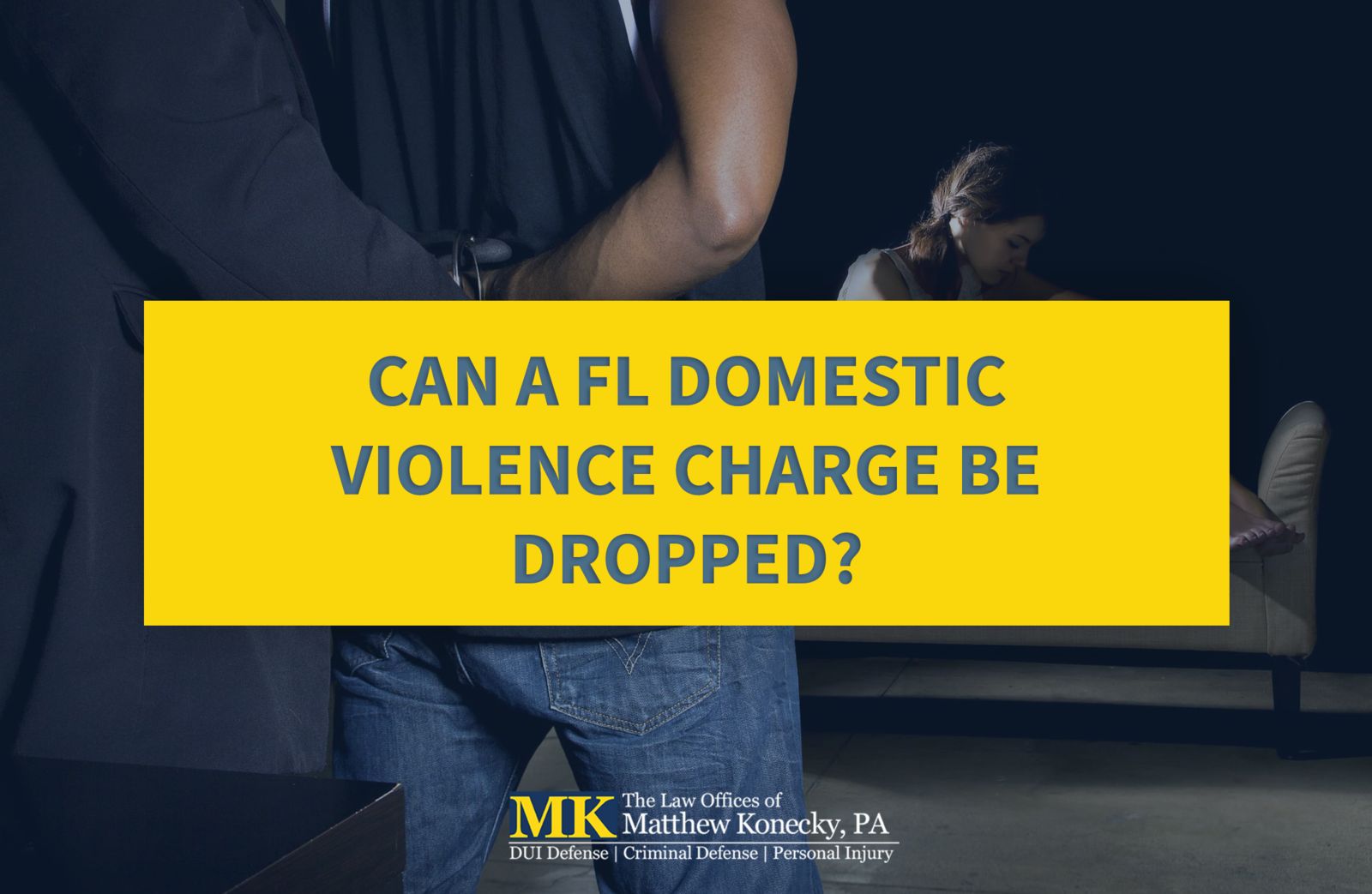 Can a Domestic Violence Charge Be Dropped in Florida?

What is an Arraignment in Florida?

There is a window of opportunity before an arraignment to have a domestic violence case 'no file' in Palm Beach, 'no action' in Miami-Dade, or 'no info' in Broward. All three mean that the State Attorney's office has opted to not file formal charges against you.

An experienced domestic violence defense attorney will investigate the facts, look at the probable cause affidavit, and find out if the victim wants to move forward with charges. If there are questionable facts or an uncooperative victim, there is a likely chance the State will decide not to file domestic violence charges.

What if Domestic Violence Charges are Filed?

Even if domestic violence charges are filed at an arraignment hearing, the charges can still be dropped at a later date. If the alleged victim decides to recant their statement(s), or not cooperate, the State can still drop the charges post file. The only difference, however, is once charges for domestic violence are filed but later dropped, the case will be "nolle prosequi." This term is used by the prosecutor to declare voluntarily ending a criminal case after charges have been formally filed.

Can a Victim of Domestic Violence Have the Charges Dropped in FL?

Florida prosecutors and judges will do everything in their power to guarantee the victim is safe from the alleged abuser during an active investigation. Because of this, a victim alone cannot have the charges dropped. However, the victim’s input can go a long way in a prosecutor deciding to file a case, drop a case, or negotiate a settlement.

What if You are Found Not Guilty of Domestic Violence?

Just like any other criminal offense in Florida, if an individual is found not guilty of domestic violence, they will be acquitted by the State court and can live a normal life without any stigma.

Unfortunately, despite being found not guilty, your mugshot and record can still come back to haunt you. In Florida, domestic violence charges cannot be sealed or expunged if you plead to the charge. If you were arrested for domestic violence in Palm Beach with no charges, the case can most likely be expunged by a domestic violence defense attorney. Some benefits of having a case sealed and expunged can be: