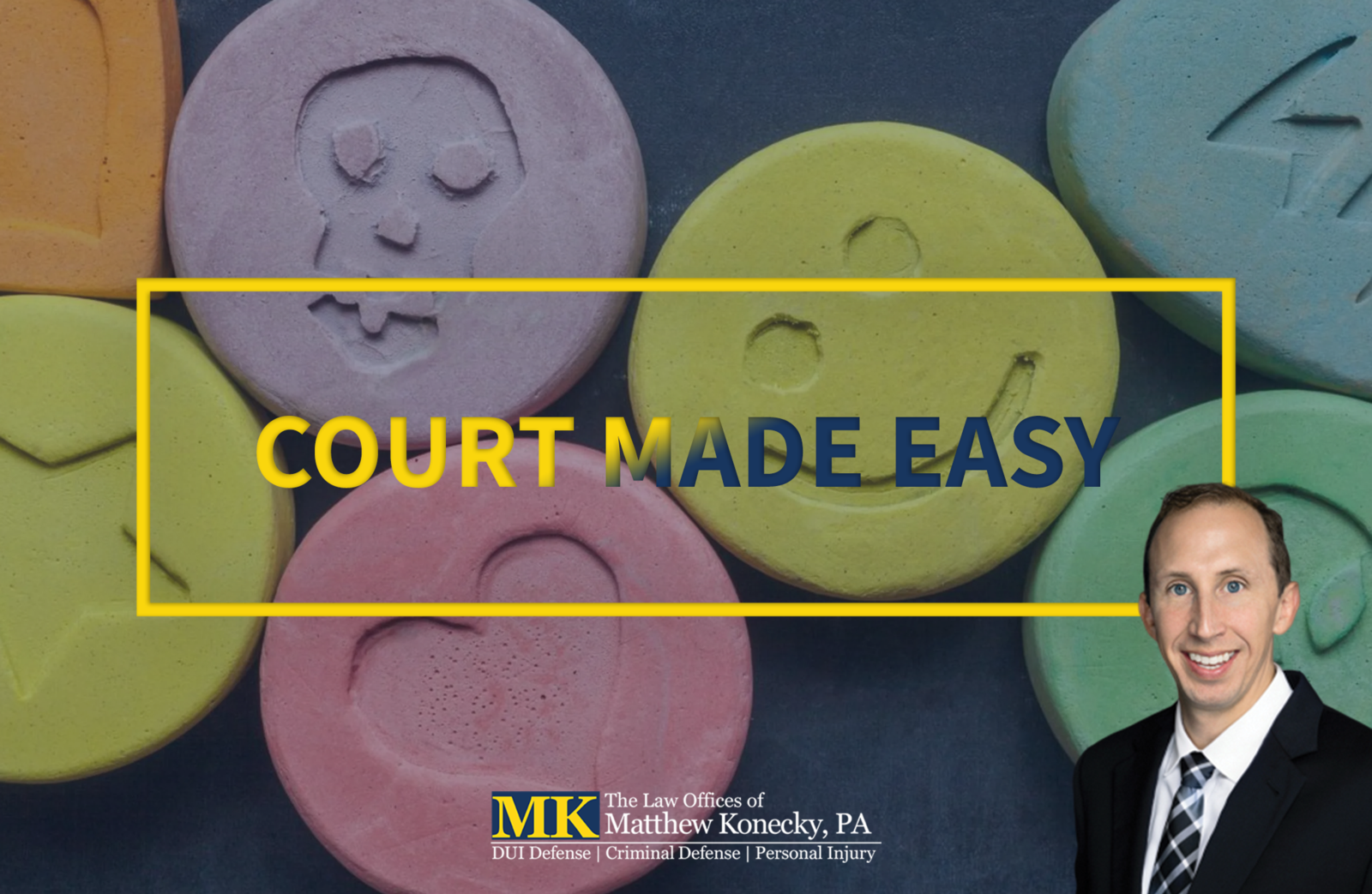 Ecstasy or Molly, commonly known as MDMA, is a moderately widespread drug in Florida and the United States. Ecstasy has a reputation as a "party drug," yet the criminal consequences for using it are anything but fun. Possession of ecstasy does not result in any minor criminal penalties, especially in South Florida. Possession of ecstasy alone is a third-degree felony in which possession of 10 to 200 grams of ecstasy is penalized by a three-year obligatory minimum jail sentence. Florida's drug laws are harsh and if you or a loved one have been charged for MDMA possession or trafficking, you will need the assistance of an experienced West Palm Beach ecstasy defense attorney to safeguard your rights.

Possession is having, holding, or exerting authority or control over something. Police do not need to verify your ownership of ecstasy found on your person, at your house, or even in your vehicle. They must only demonstrate that you were aware of the presence of ecstasy. While this is not always easy, claiming that the ecstasy "is not yours" will not suffice under Florida law and you will have to demonstrate that you were unaware of it which can be done with the help of a Florida drug defense attorney. The most common forms of possession for MDMA and similar drugs are actual possession, constructive possession, and joint possession. Surprisingly, if you are caught with just over 10 grams of ecstasy, you can, and likely will be prosecuted for drug trafficking even if you had no intention of doing so.

How Ecstasy Possession is Defined Under Florida Law

It is illegal (a first-degree felony) to intentionally sell, acquire, produce, distribute, or bring into Florida MDMA, according to Florida Statute 893.135. The levels of MDMA found during an arrest will match the potential jail sentence:

Florida drug trafficking laws state that intent counts as doing so. If an individual fails to traffic MDMA and other similar drugs, they can still face a first-degree trafficking felony and three years in prison despite not actually selling the ecstasy. When law enforcement measures a suspect's ecstasy, they also include the dissolvable capsule weight. This artificially increases the defendant's MDMA amount, but it still counts towards penalties. Depending on the individual's prior record and attorney's experience, you or your loved one may serve less than a year if caught with ecstasy in West Palm Beach, FL.

While it can be difficult to get a complete dismissal of MDMA trafficking charges in Florida, there are various ways to keep your record clean if you're only caught using MDMA. The evidence may be thrown out if the stop or search was illegal. Additionally, if you have a minimal record you may qualify for a diversion program that can dismiss your charges. If you or a loved one has been accused of MDMA possession or trafficking in Palm Beach County or Broward County, consult an experienced drug defense attorney at The Law Offices of Matthew Konecky as soon as possible.