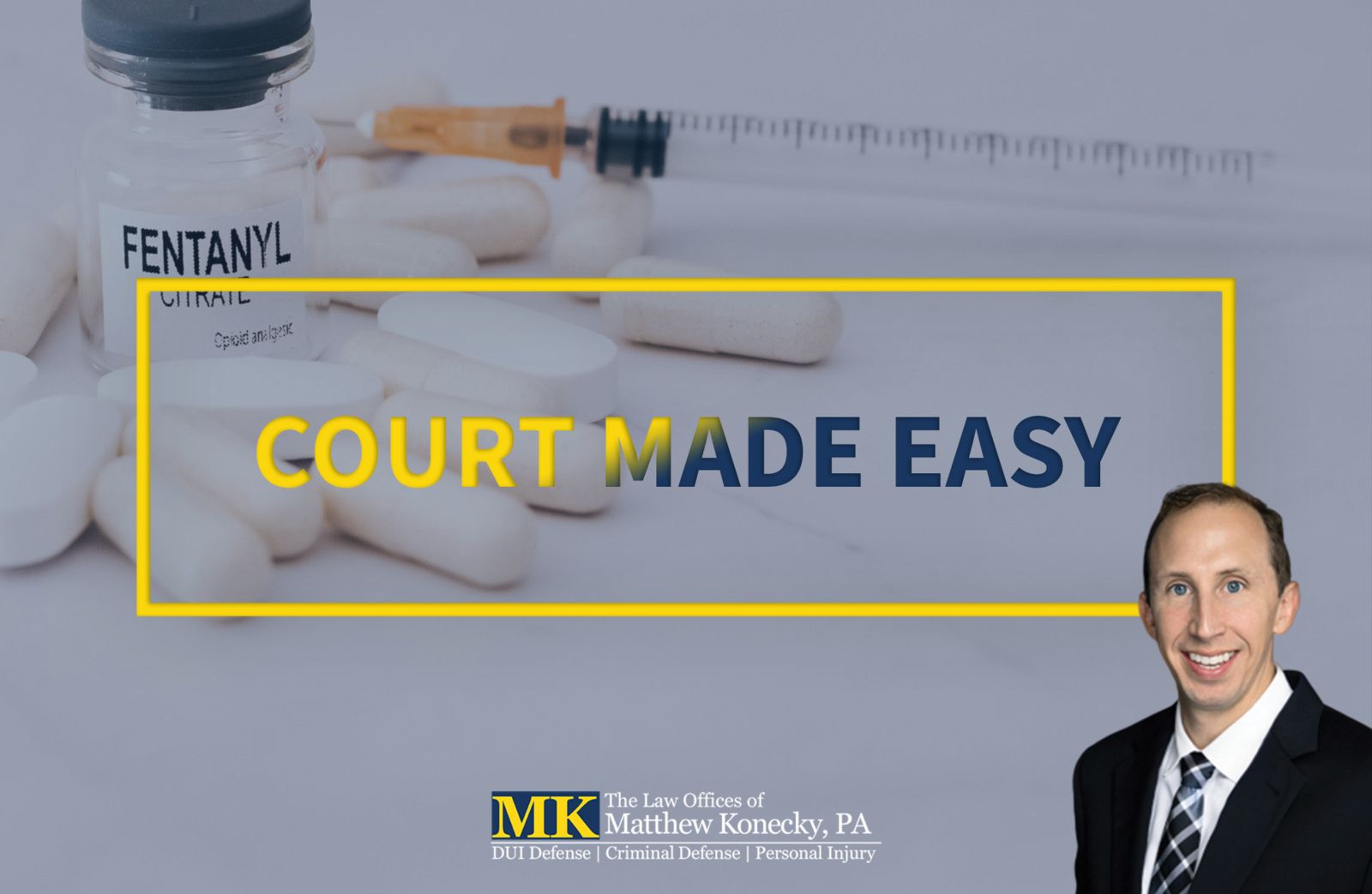 As the fatal narcotic fentanyl becomes more prevalent in South Florida, so are criminal charges for fentanyl possession. It is illegal to sell, acquire, produce, distribute intentionally, or import fentanyl or a fentanyl derivative. It is also a crime to knowingly be in actual or constructive possession of fentanyl or a fentanyl derivative, according to Florida's Drug Prevention and Control Act. Fentanyl is classified as a Schedule II controlled substance, and a defendant will face additional penalties for trafficking fentanyl in Florida if the combination weighs just 4 grams or more.

If you or a loved one has been charged with fentanyl possession or trafficking, you will need the assistance of an expert drug criminal defense attorney who can help you preserve your rights. Our West Palm Beach fentanyl possession lawyer at The Law Offices of Matthew Konecky has vast expertise, including previous experience as a prosecutor. We understand what is required to safeguard you and your future, and are ready to fight for your rights.

Fentanyl is a synthetic opioid analgesic that is 50 to 100 times stronger than morphine. When prescribed by a doctor, fentanyl is frequently used to relieve severe pain or to control discomfort after surgery. Fentanyl is delivered through injection, transdermal patch, or lozenges.

In the "war on drugs," some local law enforcement agencies in and around Palm Beach County have begun targeting fentanyl and similar chemicals. These offenses are being rigorously probed. Prosecutors are likely to handle these cases harsher than other types of drug crime cases when an arrest is made. Attorney General Ashley Moody recently announced the arrests of 24 members of a drug-related enterprise operated in Palm Beach County and Martin County. The cooperative efforts of the groups investigating found through numerous search warrants and undercover purchases, multiple substances of fentanyl and cocaine were identified at the locations. Eliminating these illicit drugs from our streets will save thousands of lives since just one pill of fentanyl can kill.

If a person is caught trafficking Fentanyl in Florida, there are mandatory minimum punishments based on the Fentanyl trafficking thresholds below:

The governor of Florida issued an executive order designating the opioid crisis as a statewide public health emergency a few years ago. Those arrested for such actions will face hefty penalties.

If you or a loved one has been charged with a fentanyl-related felony in Palm Beach County, such as possession, possession with intent to sell, manufacture, distribution, or trafficking, it is critical to contact an expert fentanyl possession lawyer as soon as possible. We also represent people charged with fentanyl-related offenses such as possessing sufentanil, alfentanil, or carfentanil.