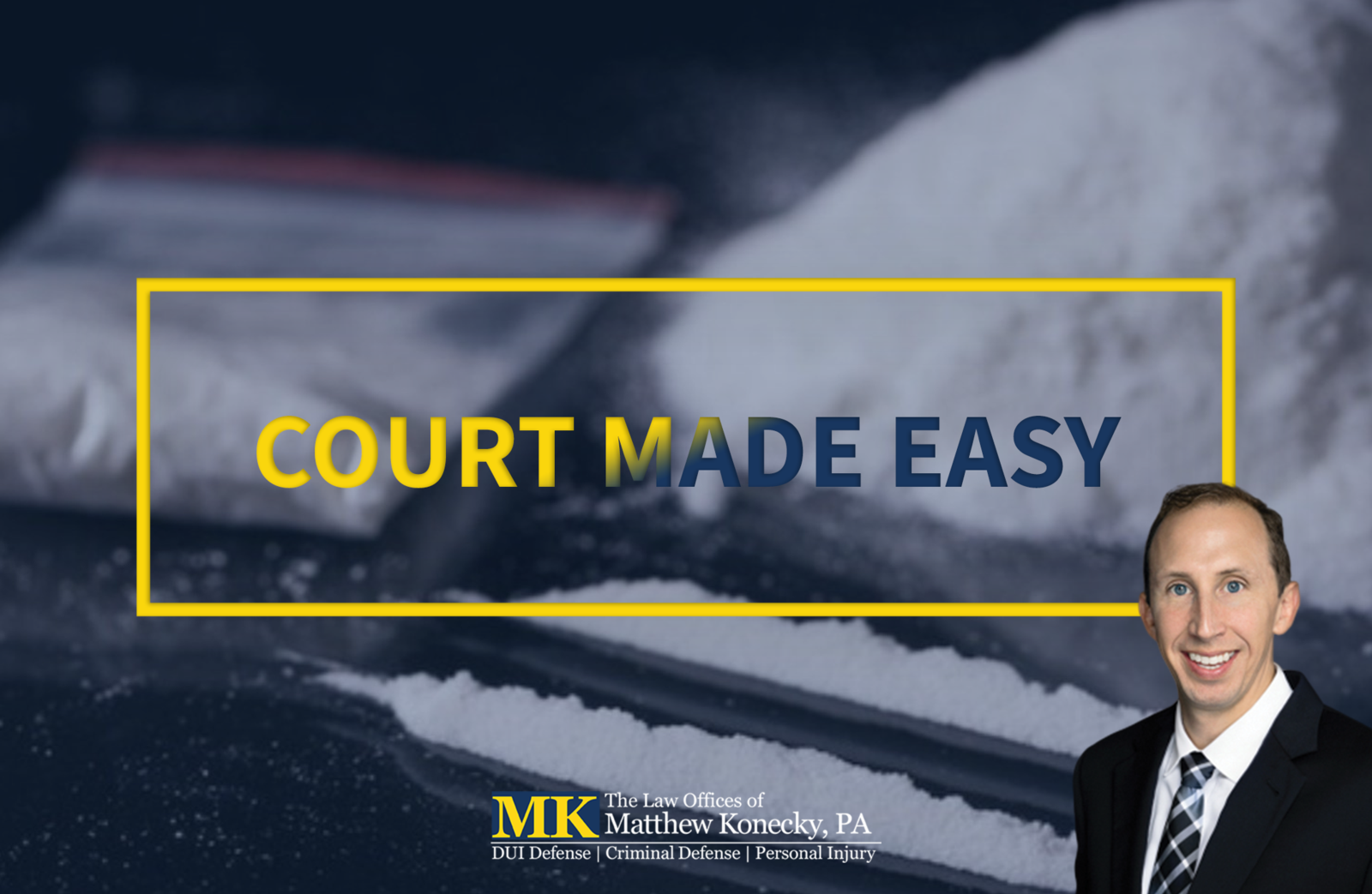 Cocaine is one of the most well-known party drugs in South Florida. It is also known as coke and normally appears in the shape of a white powder. Snorting cocaine through the nose is the most common route of consumption. Cocaine consumption causes an increase in body temperature, an increase in heart rate, and a feeling of pleasure. Cocaine use can also result in a variety of health issues, as well as cocaine addiction. In June 2022, the U.S. Coast Guard unloaded more than $99 million in illicit drugs, mostly cocaine, at its Miami Beach facility. The Coast Guard and a Dutch partner confiscated around 5,237 pounds of cocaine in the Caribbean Sea, according to the agency.

Cocaine is classified as a Schedule II substance under Florida Statutes Section 893.03. Even a small amount of cocaine in your possession can result in criminal prosecution. The penalties for felony cocaine possession vary depending on the circumstances, but most felony offenses result in thousands of dollars in fines, years in jail, and a permanent stain on your criminal record, making it difficult to progress in your job and seek financial possibilities. If you or a loved one is facing cocaine possession or trafficking charges in West Palm Beach, you should contact an expert cocaine defense lawyer as soon as possible.

The most common crimes involving cocaine (or any controlled substance) in Florida include:

While cocaine offenses are typically charged as third or second-degree felonies, if the defendant knowingly sells, buys, manufactures, delivers, or brings into Florida 28 grams or more of cocaine but less than 150 kilograms, or any mixture containing cocaine, the individual is committing a first-degree felony known as "trafficking in cocaine," punishable by up to 30 years in prison or life imprisonment. Regardless of intent, even if for personal use, large amounts of cocaine can constitute cocaine trafficking charges in Florida.

If you have been charged with trafficking cocaine, the consequences for a conviction increase considerably. These penalties may also be increased if you have a prior drug-related conviction. Trafficking accusations are most often established by the amount of the drug found in your possession, regardless of intent. Even if there was no intent to sell, large amounts of cocaine and Florida could still constitute cocaine trafficking charges.

If there was a violation of your rights during a search and seizure, you may be able to have your entire case dismissed. If you or a loved one are the subject of a drug investigation or are already facing charges contact an experienced West Palm Beach cocaine trafficking lawyer as soon as possible. Having a Florida drug crime lawyer to defend you against these allegations might be the most crucial decision you can make in your case.