Two people cited for DUI in One Car, How? 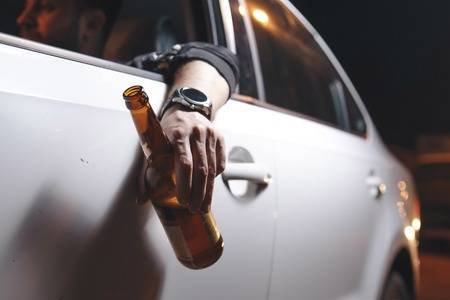 Did you see this article from the Palm Beach Post?   Two men were arrested for DUI in the same vehicle!   How does this happen?

According to the story, there was a call about a reckless driver.  When the officer made contact with the vehicle, one driver was outside the vehicle's driver side.   As the Officer was conducting the investigation, the passenger slid into the driver's seat and tried to drive away.   Field sobriety exercises were administered and both were arrested.

How could the first person be charged with DUI if they were out of the vehicle?   As we have discussed here, if you were in actual physical control of a vehicle you can be found guilty of DUI.  Actual physical control means having the apparent immediate ability to operate a motor vehicle.  So being outside a running vehicle near the driver's could mean someone is in actual physical control.    It would be interesting to know who had the keys at the time the second driver took control of the vehicle.  If the keys were in the ignition and not on the driver's person, they may have a good defense.

This is a crazy story of how two people could get arrested for the same thing, when 99% of the time there is a physical impossibility of doing so.