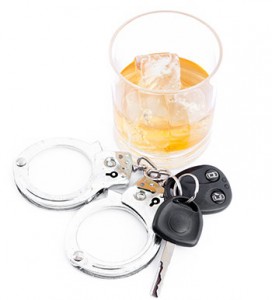 In this crazy video, a man was on top of his driverless car while intoxicated. He was subsequently arrested for driving while intoxicated and reckless driving. And it makes me think, how can you be drunk driving if he is outside the car. It also makes me wonder, what is our legislature going to do with driverless or autonomous cars?

What Qualifies for Drunk Driving?

Under Florida statute section 316.193 a person is guilty of DUI if they are in actual physical control of the vehicle and is under the influence of alcohol beverages or chemical substance to the extent that person’s normal faculties are impaired.

The legal limit for blood alcohol content is .08 or more grams of alcohol per 100 mL of blood.   There is no numerical threshold to determine chemicals substances. As the statute says any effect upon the person’s normal faculties makes it a DUI.

There are many times where defendants are passed out in the front seat of their car with the keys in hand, and the courts have held this is actual physical control. The reasoning is that the vehicle was operable, the defendant had the capacity because they have the key, and he was inside the vehicle.

This is the first known case of someone obtaining a DUI in/on a driverless car. But as technology is changing, and Google and Uber attempt to put driverless cars on the streets, there could be real issues addressing what is actual physical control. Driverless cars could potentially drastically reduce the number of accidents on the streets because the drivers won’t be distracted by texting. It could also reduce the number of drunk drivers, if you have the ability to have the car take you home.

The issues that could be raised are if you are intoxicated and it’s your vehicle and you have to start the autonomous process, does that make you in control of the vehicle? If so should there be an exception because you are doing the right thing?   As more and more of these types of vehicles get produced, the legislature will certainly have to address this issue. It would be a shame to see someone make the right decision by taking a driverless Uber home, still get cited for a DUI.