Things to Know Before Recording the Police in Florida

In the age of the smartphone, most of us have a camera at our fingertips at any given moment. Twelve states, including Florida, require the consent of all parties before being recorded. Florida courts, however, have ruled that the term "parties" does not apply to on-duty law enforcement.

Obstruction of Justice When Recording the Police

Pointing a camera in an on-duty officer's face can be considered an obstruction of justice if you are interfering with an active investigation or an arrest. If the person recording gets in the way or obstructs the officer's responsibilities, you can be arrested.

If an officer questions what you are recording, it is best to remain calm especially if you are not the person in question or being arrested. Instead, simply state, "I am recording from a safe distance," as recording in a public space is not a crime. Remember, the police are not your enemy and if you feel the need to record the police, do so respectfully.

Sharron Ford was arrested in 2009 after recording the police in Boynton Beach, Florida after they summoned her after stopping her son from sneaking into a movie theater. On August 4th, 2021 in the Ford v. City of Boynton Beach case, the court held that the words and actions of Sharron Ford did not constitute obstruction of the officers in the performance of their duties. The 4th District Court of Appeal reversed course, ruling that a Boynton Beach woman shouldn’t have been arrested for videotaping police.

Because as a matter of law the officers could not have had a reasonable “expectation that such communication is not subject to interception under circumstances justifying such expectation” as required by the wiretap statute, section 934.03(1)(a), Florida Statutes (2009), and section 934.02(2), Florida Statutes (2009), there was no probable cause to arrest appellant for violation of the wiretap statute. Further, the officers did not have probable cause to arrest appellant for obstruction, because her words and actions did not constitute obstruction of the officers in the performance of their duties.2 Therefore, we reverse the summary judgment and remand for further proceedings.

Judge Martha Warner stated “A rule otherwise would mean that everyone who pulls out a cell phone to record an interaction with police, whether as a bystander, a witness, or a suspect, is committing a crime,” she wrote. “If that were the case, then had the individual who recorded George Floyd saying to the officers, 'I can’t breathe' been in Florida, she would have been guilty of a crime.”

Questioning the Police on Video

Under Florida Statute 843.17, it is illegal to publish an officer's name and private information for the purpose of intimidation. After recent current events in the United States involving police misconduct, there is a much-needed feeling to record every police interaction someone has to prevent potential injustice. Questioning the police with a camera in their face can be considered police harassment and can potentially lead to an arrest.

Can You Record the Police During a Traffic Stop in Florida?

While it is a felony to secretly record someone in Florida, Florida Statute 934.02(2) permits a person to record public events if the parties recorded do not have a "reasonable expectation of privacy." Even though you are within your legal rights to record a traffic stop in Florida, it is best to exercise this with caution as you can still be arrested.

Reaching into your pocket while you are under investigation by the police is also never a good idea as they could mistake your movements as reaching for a weapon. Additionally, pulling out your phone while being questioned can be considered resisting arrest if you are not following an officer's orders by umbling around to pull out your phone.

Though you can be arrested for recording the police, there is a good chance the prosecutors will drop the charges, but that is after spending up to a night in jail which nobody wants.

If you feel the need to record the police in Florida whether it's as a bystander or as the one in question, it is best to:

Following these rules can lessen the chance of an arrest for obstruction of justice involving recording the police.

Do All Police Wear Body Cameras in Florida?

More municipalities by the day are requiring their officers to wear body cameras to prevent any injustice against the police or those in question. While most patrol vehicles in Palm Beach and Broward Counties have been outfitted with cameras to record every stop and interaction, the next step is ensuring the use of body cameras on officers themselves. If you see a square on an officer's chest with a lense, know that there is no need for you to record as the officer's camera is already recording. It's best to know that while bodycameras can help you, any footage recorded can also be used against you. This link here shows a current map of which police departments require officers to wear body cameras.

If you or a loved one has been arrested while recording the police, it's imperative to discuss your options with a Palm Beach County criminal defense attorney as soon as possible. Contact us or call us at (561) 671-5995 so we can review your case immediately. To learn more about how the criminal defense process works in Florida, download our free guide 'My Loved One Has Been Arrested: What’s Next?'. 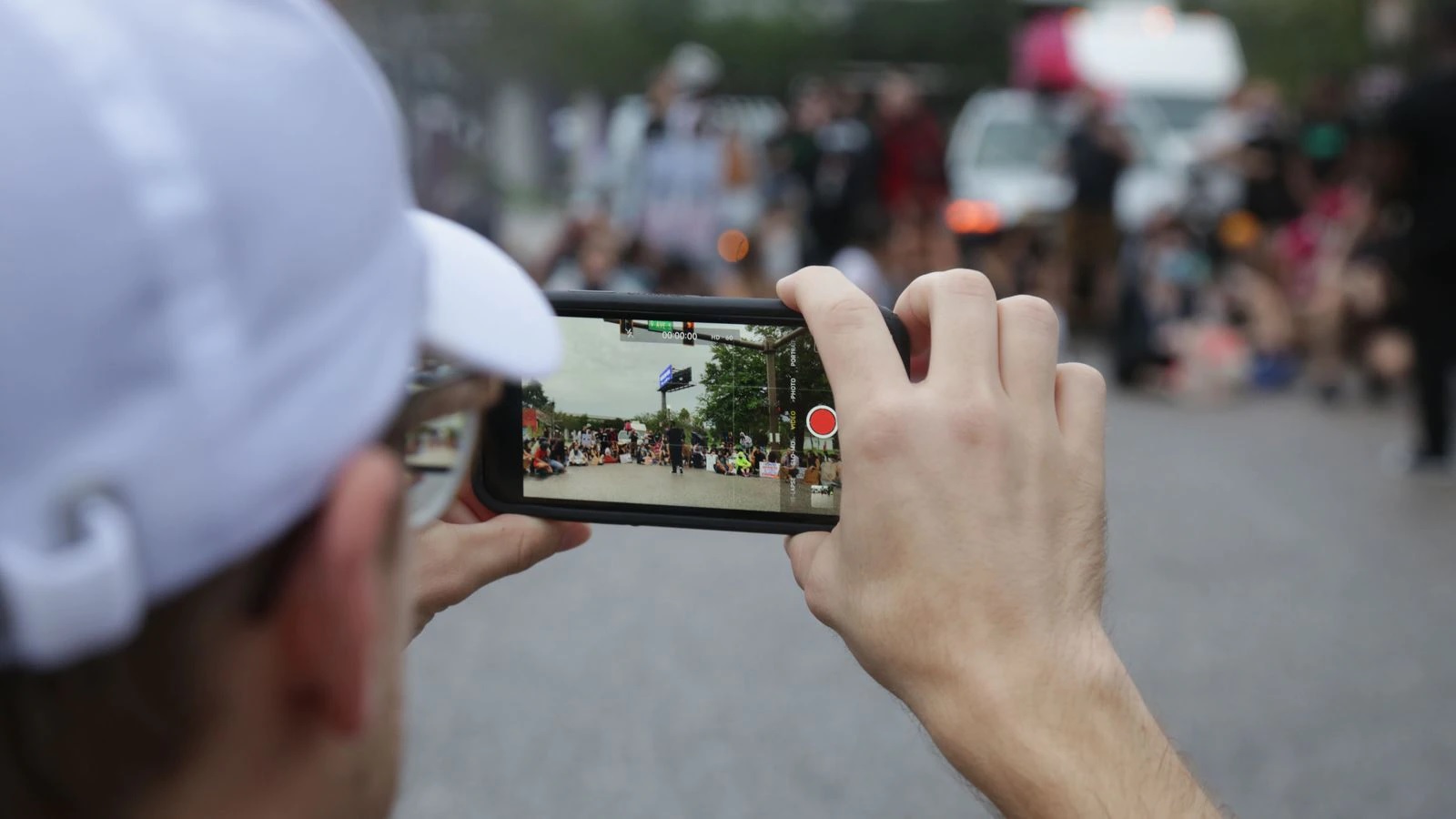