Just how much alcohol can you consume before operating a motor vehicle? 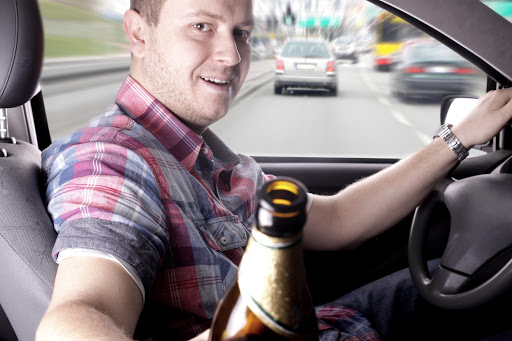 Have you ever thought to yourself, "am I okay to drive after having these drinks?" If you've ever asked yourself this, the answer is probably no. So just how much alcohol can you consume before operating a motor vehicle? Nobody can answer this question but yourself.

Everybody is different in how alcohol breaks down in their system. For some, one drink can be enough to impair your ability to drive. It also depends on factors such as what you have eaten or what you're drinking. You can use an alcohol calculator such as this one if you're ever questioning what you've just consumed.

Here's why you may not even want to ever rely on a calculator as such. While you can see that you can safely consume two beers in an hour and still drive, if you get something such as a draft beer instead of a 12oz bottle, now you're having more than two. Craft beer can also have a higher alcohol content as opposed to a drink such as Budlight. Soon your two beers can be equivalent to 4 beers. When you get a mixed drink at the bar, the bartender rarely perfectly measures your drinks down to the oz. A handle pour can be much more than exactly one shot of whiskey. Due to inconsistencies measuring alcohol can be close to impossible when it comes to judging your ability to operate a motor vehicle. Even if you followed measurements to the tee, alcohol affects everybody in different ways.

​If you're questioning in you're too drunk to drive, look out for things such as:

What happens if you blow under the legal limit?

Believe it or not, if you blow under the legal limit, you can still be guilty of a DUI. Many think if you blow below .08, you are in the clear. While this is the legal measurable limit, if you blow over you are presumed guilty. If you blow under, you are not presumed guilty, but the state can still show that alcohol affected your driving ability in some way. For example, if you're in an accident or found to be weaving around the road and did field sobriety exercises, your breath sample of .07 can still show that the alcohol affected your driving ability leading to a DUI. It's a hard case but does happen from time to time. Never assume that even if you have a "safe" amount of alcohol and drive that the officer will not make you do a field sobriety exercise or even arrest you.