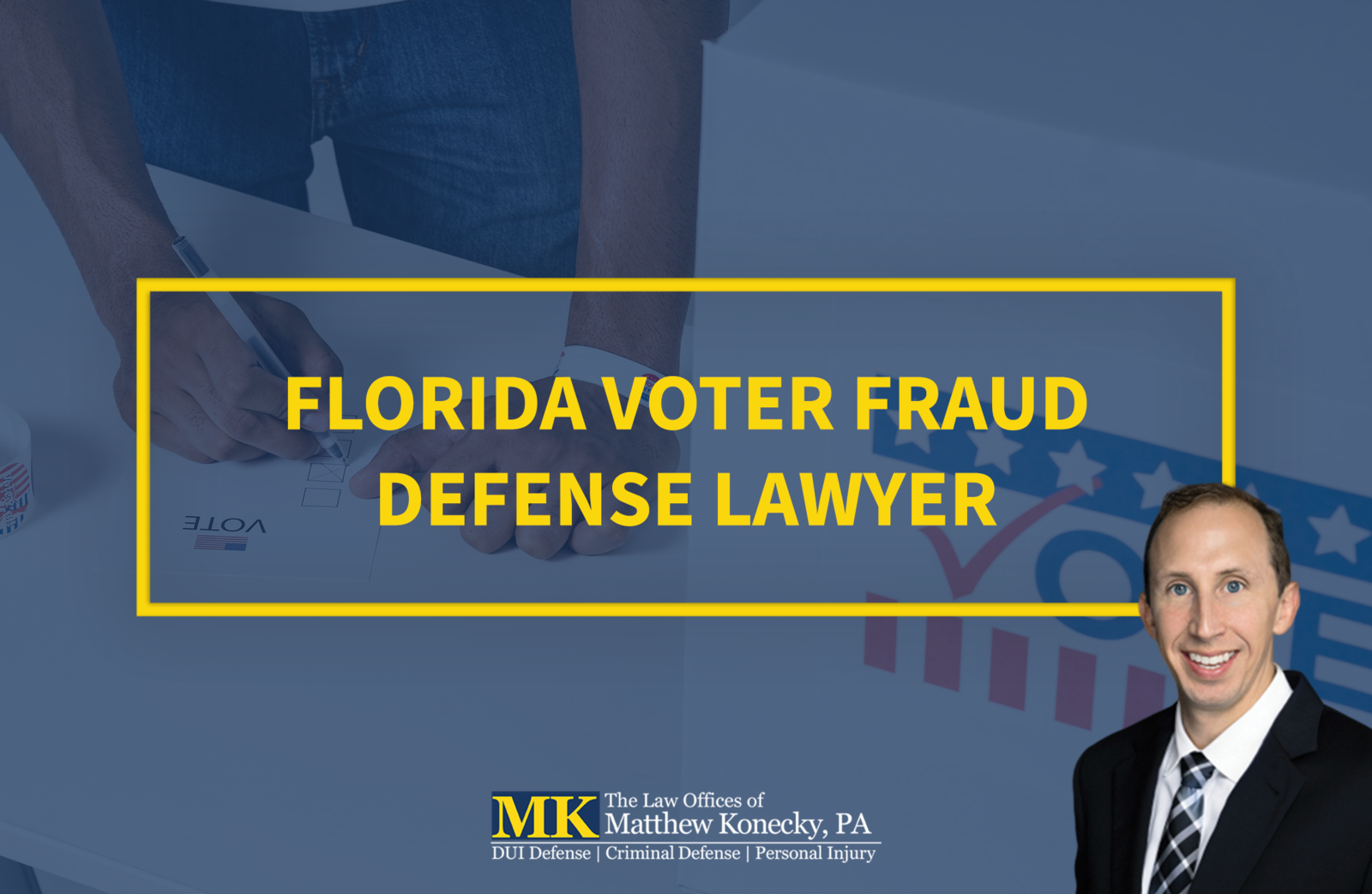 Florida Governor Ron DeSantis recently stated that 20 individuals who voted in the 2020 election were arrested and charged for violating the state's election statutes regarding felon voting rights. Voter fraud in Florida is defined as intentional misrepresentation, trickery, deceit, or deception, arising out of or in connection with voter registration or voting, and the prescribed offenses.

This move on voting fraud in the state was dubbed the "opening salvo" for DeSantis' Office of Election Crimes and Security, which was founded and recently approved by the Florida Legislature. Some are concerned that the position may deter minorities and other populations from voting. According to DeSantis, the twenty individuals detained had all been convicted of murder or sexual assault and were largely from Miami-Dade, Broward County, and Palm Beach County, FL. He went on to say that they were not among those whose voting rights were restored by "Amendment 4," a referendum proposal that was decisively approved in 2018 that restores voting rights to felons in the state, with the exception of those convicted of rape or murder. More voter fraud arrests in South Florida are expected to follow. To safeguard your rights, contact us if you or a loved one is in need of a voter fraud lawyer in Palm Beach County or Broward County, FL.

What is the Office of Election Crimes and Security in Florida?

According to Florida Statute 97.022, the Office of Election Crimes and Security was created to receive and review notices and reports generated by government officials or any other person regarding alleged occurrences of election law violations or election irregularities in Florida.

Earlier this year, DeSantis signed Senate Bill 524 into law, establishing the Office of Election Crimes and Security to monitor election administration in Florida. The law was initially submitted in the aftermath of the 2020 election to look into allegations of voting fraud. The governor also assigned a group of Florida Department of Law Enforcement officials to investigate election law infractions which was a measure that restricts ballot harvesting and prohibits ranked-choice voting.

Opponents of the measure argue that it would create needless hurdles to voting, and that the increased standards for preserving voter registration may result in thousands of people being incorrectly removed from the system. Some of those who are being accused of voter fraud in Florida are claiming a third-party registration service altered their voter registration without their permission, especially among seniors.

Types of Voter Fraud in Florida

In Florida, common types of voting fraud include:

While the current state of voting fraud laws in Florida is confusing, it is critical to seek the advice of an experienced defense attorney who can strategize a defense for voting fraud charges in Florida. If you or a loved one has been arrested for voter fraud, contact us or call us at (561) 671-5995 to review your case promptly.