Body Cameras used against the police 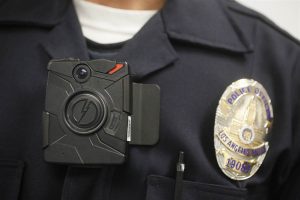 We have been discussing the use of video by private citizens as well as law enforcement as an evidentiary tool. With in-car cameras and now body cameras police are able to obtain evidence for trial that previously they would have to recall from memory. As they say a picture is worth 1,000 words.

Nothing could be more true in light of what happened this week in Baltimore. Video surfaced of an officer planting drugs inside a can and using it as evidence against a defendant. Video was obtained by the same officer’s body camera. It took solid work from the defendant’s attorney to discover that the officer’s video recorded 30 seconds prior to him turning on the camera. Axon the camera’s manufacturer makes the camera record and hold 30 seconds prior to an officer activating the camera so to capture crucial evidence that may have occurred prior to the activation. Read and see here.

Body camera evidence is great for this reason. I have been able to obtain nolle prose in Palm Beach County (State’s Dismissal) as a result of obtaining body camera evidence. In one particular case, the Defendant was accused of Domestic Battery. When the police arrived the Defendant was not there, in fact, the complaining victim didn’t actually call the police, a welfare check was done because she was not responding to another family member’s call. What transpired was the alleged victim gave her side of the story on camera, however, it did not match up to the facts presented. Furthermore, and was most shocking is the officers had a discussion on camera about how they weren’t even sure that anything had happened. Despite this conversation, they sought to arrest the defendant. Once the State Attorney’s office saw the video, the inconsistencies with the victim’s testimony, and the officers wavering about if they had enough to arrest the defendant, they dropped the case.
We always try to obtain in-car camera evidence on a DUI stop. Often times we find that the officer’s Probable Cause Affidavit (police report) is inconstant with the video. Descriptions of the field sobriety exercises are not given justice without video. Juries love to see what actually happened on scene rather than her several different accounts.

While video is not always helpful to a defendant, it is here definitely here to stay.