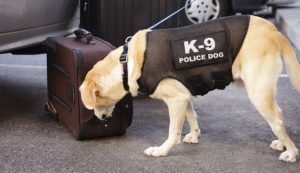 There’s a new/old concept coming into play since the passage of the Hemp bill in Florida. The concept is called SMELL PLUS. In short what it means is to articulate a search of the vehicle is no longer enough to have just the order of marijuana emanating from the vehicle to justify the search. You need the smell of marijuana along with something else to justify the further detention in search of the vehicle. That something else has to show there is some evidence of criminal wrongdoing.    A quick example of a plus is the smell of marijuana + paraphernalia in plain view when someone does not have a medical marijuana card.    There can be many forms of plus.

The state attorney’s office and Broward and Martin Counties have put forth memos on why they will not prosecute unless there is the smell plus evidence of wrongdoing. Most South Florida jurisdictions are following suit.
What I anticipate seeing in the future are less cases filed and pending cases result a lot quicker.