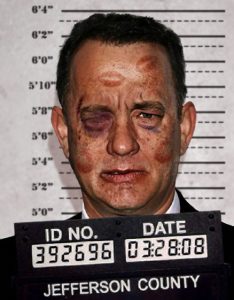 For years, this blog has been commenting on the problems with websites that obtain police booking photos and disseminating them for pecuniary gains. Mugshots.com owner, a Palm Beach County resident, was recently arrested for a violation of the California law prohibiting the tactics Mughots.com were implementing.

If you are new to this, essentially when someone is arrested, a local law enforcement agency will take a booking photo and make it a part of the court record. In Florida, in most instances, this would become a public record that would be normal to be published. Websites like mugshots.com and Bocabusted.com will take the information from the Sheriff’s office page and place it on their own page. Long after their cases over, even if the case is dismissed, or their found not guilty their picture and information remains. The accused then turns to these independent websites and ask them for removal. In many instances removal may not happen unless you pay them a fee.

California case says they made millions

According to this Palm Beach Post article, mugshots.com earned more than 2.4 million in fees between 2014 – 2017.   This is just one company. The sad truth is that there are several companies just like this that use the same tactics. The accused then ends up having to pay several sites to have their name cleared from the Internet.

Many of these companies argue that the First Amendment allows them to publish true information. After all, the booking photo is based on an arrest, not on a conviction. The hardship comes into play, when someone who is innocently arrested, has their case dismissed, even have their case expunged by the court, has a record of an arrest by a private company.

Starting July 1, 2018 Florida Statute 943.0586, it makes it illegal for these companies to publish or disseminate booking photos (mugshots) and asking for a fee to remove it.   All you will have to do is request in writing that it be removed.   If a record is not removed within 10 days it could subject the company to civil penalties.

if your mug shot is online you will want to contact each site that has it displayed. Moreover, you will want to seal or expunged your case.   This process will remove any arrest (if eligible) from public viewing from the clerk’s website and from FDLE.