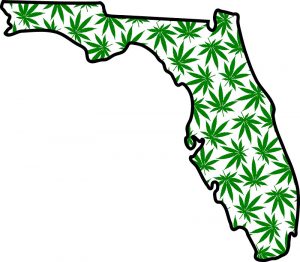 We predicted it months ago.  A Judge in Tallahassee ruled the ban on smoking prescribed marijuana unconstitutional last May.   This created a conflict in the law.   On May 18,   Gov. Ron DeSantis signed into legislation to repeal the ban on smoking medial marijuana.

So What Really Happened

Gov. DeSantis filed a motion to Dismiss the State’s Appeal of the State’s appeal of the Tallahassee Order.   Along with the order, the governor signed legislation that make smoking an acceptable form of a “marijuana delivery device”.

Patients can now receive 2.5 ounces of whole flower cannabis every 35 days.  The changes may take a bit of time to implement.

Key Issues for the courts

Prior to the change in the legislature, the odor of marijuana in a vehicle gave rise to probable cause for a search.   Since medical marijuana was passed, we have argued that the odor of Raw marijuana was not Probable Cause until it was determined that the Defendant didn’t have a prescription.   The courts will now have to look at whether the odor of burnt marijuana needs a similar inquiry before a search is legal.  We will see.