Drive Baked, Get Busted? Not really…. 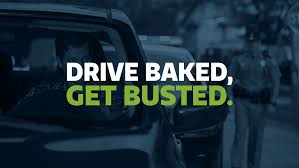 In this great story, by Wanda More, of WPTV News Channel 5, the reality behind the “Drive Baked, Get Busted” billboard on 95 is exposed.     Ms. Moore did an indepth investigation by interviewing the Martin County Sherrif William Snyder about the myth of DUI on Marijuana.   Additionally she sat with me to discuss legal defenses and what the future might hold.

Marijuana tests are not accurate

One of the key topics in this story is that there are no breathalyzers for Marijuana used/approved in the State of Florida.  The only way to determine if THC (active componant in marijuana) is in somebody’s system is by a blood or urine test.

The problem with these tests is that they can’t accurately tell when the THC is in the system because it is looking for an inactive metablolite.  It more just states it was in your system.

Marijuana Can Stay in your system up to 30 days

Marijuana can stay in your system over 30 days.  As mentioned by Sheriff Snyder, the purpose of the test is to prove you were under the influence while driving, not sometime within 30 days.

Your not out of the woods

By no means am I condoning driving under the influence of marijuana.  You could also be subject to other charges such as possession.   Futhermore, if you cause an accident and someone is injured or dead, you may be subject to a forceable blood draw.

Sheriff Syner is right, we need science on our side.  This means we need to develop an accurate way of determing the active level of marijuana in someone’s system at the time of driving.   More importantly, we need to have that method tested over and over to insure it’s accuracy.  As I stated to Ms. Moore, we should look to other states who have recreationally allowed marijuana to see how they are handling it and find the best ways, and test those methods continually.

1 Comments
I can only aspire to write material like this. I am extremely impressed with your presentation of the sound points in this article. Thank you for writing this engaging content.Puffs Haven is your premier dispensary. We offer high-quality cannabis products medical cannabis, cannabis edibles, flower, vapes, and topicals.
by emilygrey September 6, 2021 at 12:42 PM
Post a Comment